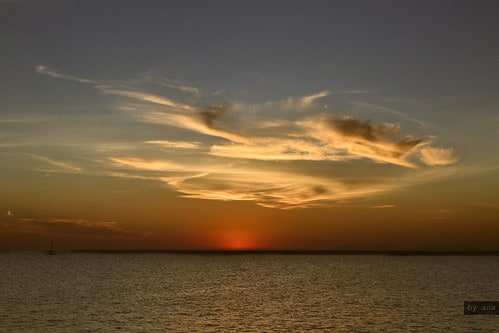 This is a true story, and a painful one at that. I have been reluctant to tell it, but now I feel I must. It says so much about life, love and loss.

The principal of the story should really be my patient, Carrie. But her story is long, and I am not yet ready to tell it. For now all I can offer is a brief synopsis. She was young (26) and she had acute leukemia. I kept her going through 3 remissions over almost 2 years, where the average lifespan is about 12 months.

Finally, she died, and when she did, it was not expected. She was completing a “reinduction session” and appeared to be coming through it beautifully. So I kept my long-previously-scheduled travel plans and told her I would see her soon upon my return. Four days later, I received a call from the floor nurse, even though I was 1,000 miles away. Carrie was found unresponsive at 0600 on the nursing rounds, even though she had been awake at 0400 looking fine. Resuscitation was unsuccessful.

Carrie’s mother, Lynn, was at her side during the entire 24-month ordeal, which meant constant hospital and/or office visits. I never met her father. They had that kind of codependent mother-daughter relationship that often develops under these circumstances. They were inseparable.

Carrie was obviously rather immature even for her young age, and Lynn watched after her as if she was 15 years old rather than 25. On top of all this, they remained rather incredulous throughout the entire 2 years, as if the leukemia was really a bad dream that they would both someday awaken from. Whenever I even got close to being honest with either of them about prognosis, they refused to let me finish my sentences.

That kind of denial works well until death denies the denying. I am not happy or proud of these facts, but believe me, it is a hard but true lesson an oncologist must learn: “Still a man hears what he wants to hear and disregards the rest…” (The Boxer; Simon and Garfunkel).

I did what I could from my phone that morning Carrie died, including recommending an autopsy, which Lynn not-surprisingly declined. My partner and the nursing staff bore the brunt of her sadness and crying in my absence. I myself was deeply saddened by not being able to be present. But I had no quick way home.

When I returned to work, I went through a typical period of low-level melancholy that usually accompanies an unexpected death. And it is truly worse when they are young like this. I thought many times about reaching out to Lynn, but remained reluctant. Would she blame me? Would she still be in denial? Why hadn’t I told her the end was near for Carrie??? These are questions/encounters one needs little motivation to avoid. Still…

A few weeks later, I was consumed with a need to meet with Lynn, no matter the consequences. But I didn’t know quite the best way to arrange it. And then, God’s honest truth, that Friday evening as I was heading out for a weekend off, after 12 call days in a row, one of the floor nurses grabbed me. “Lynn is being admitted. She is coming up from ER now. They say she is acutely depressed….”

The news hit me like wrecking ball. I had no choice.  I went into her room to see her.

When she saw me, she burst into tears and beckoned me to her. We embraced, and I held here sobbing in my arms for at least 10 minutes. Through her tears she repeatedly thanked me for being Carrie’s doctor and told me how much they both loved me. She was overcome with the loss, but seeing me made it a little more bearable.

I spent my Friday night off-call with Lynn for several hours. At last she fell asleep, exhausted but cleansed with catharsis. She went home the next day; her grief crisis had rapidly abated. As for me, my grief was greatly lessened as well.

Closure: Even between doctor and surviving family member(s)…sometimes it means so much.